Have you wondered whether you actually need to have a CPA accountant who specializes in the oral health industry rather than a generalist accountant nearby? Here are four signs that confirm you do:

If you answered yes to one or more signs above, then complete this form and a Dental CPA will contact you quickly to access your situation.

All members of the Dental Accounting Association are licensed CPA’s and have been vetted.  Each firm attends at least one national dental show (e.g., ADA, AAO, AAPD, AAOMS, etc.) along with some regional dental shows.  In addition, each firm is provided with advanced training in proactive tax planning which is well beyond the state requirements for being a licensed CPA.  This advanced training is designed to find loopholes, credits, deductions and strategies to lower your effective tax rate.  While these methods are perfectly legal, they often require extra work that a local generalist would never consider to offset the incremental time demands.

Under the new law, dental health access will improve for underserved Americans like children, seniors, nursing homes, rural areas, and Native American communities.  Surprisingly, the House of Representatives voted 90% in favor of the bipartisan bill.

This bill was championed by the ADA.

What is a cash balance plan?

How do cash balance plans work?

In a typical cash balance plan, a participant’s account is credited each year with a “pay credit” (such as 5 percent of compensation from his or her employer) and an “interest credit” (either a fixed rate or a variable rate that is linked to an index such as the one-year treasury bill rate). Increases and decreases in the value of the plan’s investments do not directly affect the benefit amounts promised to participants. Thus, the investment risks are borne solely by the employer.

If a participant receives a lump sum distribution, that distribution generally can be rolled over into an IRA or to another employer’s plan if that plan accepts rollovers.

The benefits in most cash balance plans, as in most traditional defined benefit plans, are protected, within certain limitations, by federal insurance provided through the Pension Benefit Guaranty Corporation.

How do Cash Balance Plans differ from traditional pension plans?

While both traditional defined benefit plans and cash balance plans are required to offer payment of an employee’s benefit in the form of a series of payments for life, traditional defined benefit plans define an employee’s benefit as a series of monthly payments for life to begin at retirement, but cash balance plans define the benefit in terms of a stated account balance. These accounts are often referred to as “hypothetical accounts” because they do not reflect actual contributions to an account or actual gains and losses allocable to the account.

How do Cash Balance Plans differ from 401(k) plans?

Is there a federal pension law that governs these plans?

If your employer offers a pension plan, the law sets standards for fiduciary responsibility, participation, vesting (the minimum time a participant must generally be employed by the employer to earn a legal right to benefits), benefit accrual and funding. The law also requires plans to give basic information to workers and retirees. The IRC establishes additional tax qualification requirements, including rules aimed at ensuring that proportionate benefits are provided to a sufficiently broad-based employee population.

The Department of Labor, the Equal Employment Opportunity Commission (EEOC), and the IRS/Department of the Treasury have responsibilities in overseeing and enforcing the provisions of the law. Generally, the Department of Labor focuses on the fiduciary responsibilities, employee rights, and reporting and disclosure requirements under the law, while the EEOC concentrates on the portions of the law relating to age discriminatory employment practices. The IRS/Department of the Treasury generally focuses on the standards set by the law for plans to qualify for tax preferences.

How to Learn More

To learn more about your specific situation, contact a Dental Accounting Association member in your area. 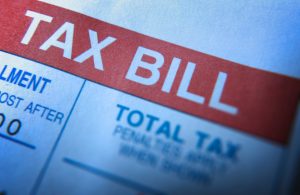 To learn about the latest changes in cost segregation, the Dental Accounting Association recently held a webinar provided by Bedford Cost Segregation.  Bedford is one of the largest providers of cost segregation studies and has many ASCSP professionals on staff located throughout the United States.

With the most recent Tax Cuts and Jobs Act, there are many changes in play with cost segregation, misconceptions, and areas that still need refinement.

Overall, cost segregation remains as an effective and viable method for lowering your effective tax rate for 2018 and beyond.  Yes, even dentists with relatively small office buildings can take advantage of these tax savings.

If you would like to capitalize on cost segregation to lower your effective tax rate, simply contact a Dental Accounting Association member near you.

Accounts receivable within every dental practice tells a story. And that story varies within each practice depending upon the approach you take. It tells how big of a bank your dental practice has become, especially when you look at the amount of money that is owed to your practice after more than 90 days. 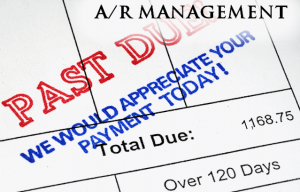 So what is the amount of A/R that the average dental practice has on its book for more than 90 days? How does the average practice’s A/R compare to its gross production? To find this out, we took data from Sikka Software over the last seven years. The data we are using for this comparison has been collected by Sikka Software from more than 12,500 dental practices from around the United States.

Here are the numbers..

Do you know what your A/R is for more than 90 days? Do you know how it compares to your overall gross production? These are key numbers for any dentist to know. After all, they directly affect the health of your practice.

Andy Cleveland, dubbed as the A/R Ninja, is tonight’s keynote speaker on this exact topic at a dental study club locally and has been nice enough to invite us as well.  While Andy’s insights won’t be shared publicly, each Dental Accounting Association will be fully briefed so we can drive down AR.

If you are looking to shrink A/R, there are many tools like SIKKA, TekCollect and the tactics that you deploy within your dental office.

While working with a local generalist CPA is convenient, a general CPA does not have the time, interest or in-depth

knowledge of the dental industry to provide tools or guidance on managing Accounts Receivable.  For example, Dental Accounting Association members utilize tools like SIKKA and TekCollect to better manage AR and shrink it proactively.

If you are searching for a higher level of expertise, visit the Dental Accounting Association website to locate a Dental CPA nearby or contact us and we’ll make an introduction for you.

To register for the event, please email anne.barnhart@zionsbank.com.